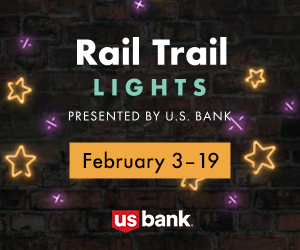 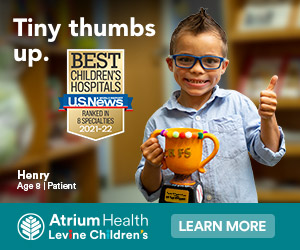 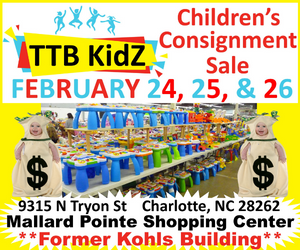 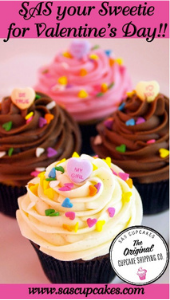 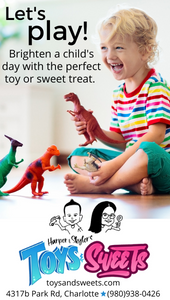 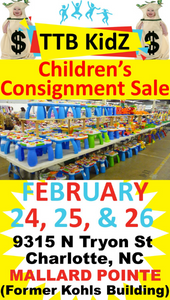 This article was previously published on Atrium Health's Daily Dose

​Her periods affected her social life, work and mental health. Her uterine fibroids were getting worse – and bigger. Then came the moment thatchanged everything: she read a story about another Atrium Health patient and realized hope and help were possible.

​The side effects of uterine fibroids ruled Brandy Addis's life. Brandy has a history of cramping and heavy periods that would last seven to 10 days. Over the last couple of years, her symptoms and experiences were worsening with her period occurring twice a month.

"At night I would have so many bleeding accidents," Brandy explains. "It's hard to go anywhere because you're going to have accidents. I would always carry a change of clothes. Thankfully, my work is right down the road. Sometimes I would have to come home and change because I am passing so many blood clots. I don't think I own a white piece of clothing."

The last few years were so awful Brandy was considering a hysterectomy to stop the periods, but that would mean she wouldn't be able to eventually get pregnant.

"Almost every day I was crying," Brandy recalls. "I thought, 'I'll never get married. You're irritable all the time because you don't feel well, you don't want to do anything or go anywhere because you're miserable.' I can't tell you how many times I'd sit on my feet at someone else's house because I didn't want to get blood on their couch or constantly go to the bathroom."

​Brandy's OB-GYN, Dr. Katie Borders with Atrium Health Women's Care Shelby OB-GYN, ordered an ultrasound and found sixsmall fibroids, two and three centimeters each. Because she was losing so much blood, she was prescribed an iron supplement and underwent iron infusions.

"I didn't even know I had fibroids until Dr. Borders discovered them with the ultrasound," Brandy says. "I never felt anything, I just knew something wasn't right with my body because my periods were increasing."

Brandy and Borders discussed her options to manage the symptoms while continuing to use contraception.

"She wanted some help with her bleeding but didn't necessarily want surgical management of her fibroids at the time," Borders says. "So, we tried a progestin or hormonal IUD that thins the lining of the uterus and lightens heavy periods while also providing very effective contraception. It is not a treatment for the fibroids themselves, but it can mitigate fibroid symptoms like Brandy's heavy menstrual bleeding. She did quite well with that for several years and then she ultimately decided to have it removed."

Brandy decided to have her IUD removed because she was continuing to have breakthrough bleeding and was no longer comfortable having a foreign object in her body. Around that time, she read a story on the Atrium Health Daily Dose blog.

​The story, "Uterine Fibroids Were No Match for Marilee," caught her eye and it is where she learned of Sonata fibroid ablation, a minimally invasive, incision-free outpatient procedure that treats some types of uterine fibroids. Dr. Leslie Hansen Lindnerwith Atrium Health Women's Care Charlotte OB-GYN, performed the first Sonata procedure in the Carolinas in 2020. The minimally invasive procedure uses a smaller ultrasound at the tip of a handpiece to locate fibroids and treat them from inside the uterus. It can be performed under sedation and general anesthesia is usually not required for most patients. No incisions are made, which results in less pain, less bleeding and faster recovery for patients. The procedure itself can take anywhere from 15 minutes to an hour, depending on the number and type of fibroids being treated. This new procedure is proven to reduce symptoms while getting half of the treated women back to their normal activities the next day and the average return to work is two days. It can also substantially reduce the need for a hysterectomy.

"Previously, surgery used to treat fibroids was done by going through the abdomen with either a laparoscopic myomectomy (removal of fibroids with uterine conservation) or an abdominal myomectomy (larger incision to take out the fibroids), or by performing a hysterectomy," explains Hansen Lindner.

Brandy knew she had to meet the doctor at the heart of this procedure. She made an appointment with Hansen Linder, who discovered two more fibroids during the visit – and a 25% increase in the size of her larger fibroid. Hansen Linder talked with Brandy about the Sonata procedure, explaining the procedure could have a significant reduction in her period flow and improve anemia, fatigue and other issues that she had with her cycle. So, in July 2022, Brandy had the Sonata fibroid ablation procedure.

"The treatment uses heat to render fibroid tissue inactive, which then makes the tissue reduce in size," Hansen Lindner explains. "The fibroids shrink a small amount initially and, on average, diminish 50% within three months and there is additional slow shrinkage and reabsorption of the fibroid over the months ahead. Patients tend to see a marked reduction of symptoms within a few months."

​Brandy says the procedure has been life changing.

"I was bleeding heavily when I came in and there was barely any blood after the procedure. I'm not even kidding. It's like someone went in there and turned off the faucet."

For a few weeks after her procedure, Brandy experienced light bleeding that was nothing like her previous severe symptoms.

"My first period was shorter. Instead of seven to 10 days, it was five to seven days. My stomach was constantly bloated and that's something I noticed instantly… my stomach went down, my lower abdomen. 45 minutes changed my life."

Hansen Lindner says she found the culprit. "The largest fibroid had considerable blood flow. During the treatment cycle we watched the fibroid noticeably shrink before our eyes. It was definitely one of the most impressive immediate reductions we have seen. Women want to avoid surgical procedures that remove any part of their uterus or require lengthy recoveries. I'm pleased to be able to offer access to this option for patients so they can have the quality of life they deserve."

"I was about to give up," Brandy says. "I just figured this is how my life is going to be. I can't wait to tell women how good I feel. It's not just physical healing, it's mental too. It's just amazing."

Contact your OB-GYN if you're experiencing similar symptoms or schedule an appointment today. You can also email This email address is being protected from spambots. You need JavaScript enabled to view it.

Tags:
Family Fun
She Longed to Have a Baby, and a New OB-GYN
Your Go-To Guide on Toddlers’ Motor Skills Develop...

Your Go-To Guide on Toddlers’ Motor Skills Development by Age

She Longed to Have a Baby, and a New OB-GYN 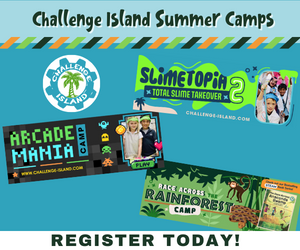 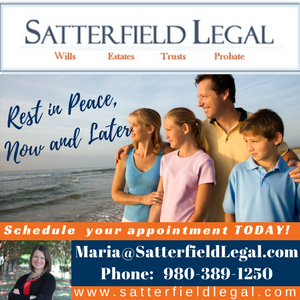